IN THE CENTER OF RIGA

Laser tag * Action-quest * Action-games
• You will have a good time taking part in Battle Arena Underground - regarding the Birthday Parties, Stag / Hen parties, Family Events, meetings with friends / class-fellow’s / course mates, stag party / hens party, Corporate / Teambuilding, organization of fantastical corporate party or active family entertainment at the weekend.
• A large playing arena in a warm indoor playing field with an area of 500 sq.m, specially equipped with facilities for lighting and smoke effects. It is possible to play in all weather conditions and seasons.
• A large number of wireless equipment of the latest generation, including children’s toy weapon and real weapon mock-up.  On-line statistics is represented on the screen of large monitor.
• A great number of playing scenarios
• Comfortable room for banquets.
• All modern conveniences, including a toilet room, hot/cold water, locker room…

We will organize and will carry out the following variants of active recreation taking part in Battle Arena Underground:
• Laser tag (laser paintball) in the indoor area.  It is an exciting game, combining computer technologies and active actions in actual life.
• Action-quests and interactive adventures with the use of laser tag and without.

Fascinating Action – quests and interactive adventures with the use of laser tag or without.
For children and adults.  Different scenarios - Zombie, Apocalypse, Monster-mutant.

The original interactive horror in the style of "Hide and Seek" is intended only for persons, whose age is 15+.
Legend.
People disappear without a trace in our city. The police work is ineffective.
You are included in the group of searchers, whose purpose is a search for missing persons.
Your command was able to know about the search area. The place of search is the forsaken mines, located under the city. There is no any person to be survived.
You must look for an exit strategy from situation and find out the cause of all troubles.
Get ready quickly!  It will be horribly!
Participants of the game:
The search party - 3-7 persons.
Maniac - One person.
Time of the game: 1 hour

Games are carried out for groups from 2 to 40 persons, but minimum cost of event is 60 €.
The above cost includes:
-  services of instructor-judge;
-  lease of laser tag-weapon of the last wireless generation and bandage on a head with sensors for every player;
- use of playing arena and additional scenario attributes (electronic control points, flags, bombs, artefacts etc.), locker rooms.
Additional lease of camouflage suit (combination) - 3 €/suit.

We use the wireless equipment of the latest generation. All taggers are equipped with:
• the units of imitation of firing (vibration)
• LED displays with sound effects, maximum precision, reading of playing statistics in real-time mode
• all taggers are equipped with collimating sights (red point)
Any other different additional playing devices are available, including control points, bombs, medicine boxes etc., as a result of which a game is more interesting.
On-line statistics: any action of player is represented on the screen of monitor by means of radio base. All actions are recorded for every player, including the amount of empty battle reserve, destroyed targets, additional lives etc.   After the game end - it is possible to print statistics of every player.
RGB bandage (sensors of team colour):
Light, voice and vibrational indication of discomfiture
Assault carbine LSD МР-514 Exterminator
LSD МР-514 "EXTERMINATOR" is an interesting complete set in this series. Its identifying feature:  advanced reliability, impact resistance of material - ABS plastic. It is named as army carbine, underlining its quality. EXTERMINATOR has excellent ergonomics. It is kept in hands very well. The buttons of recharge is comfortably situated under fingers whether by way of shooting by the left-handed person or right-handed person.  A weapon has futuristic external appearance that allows its use outside realistic role scenarios.
LSD RAVEN
LSD RAVEN is the brutal style, highest reliability and many innovation decisions!
It is comfortable, easy with 4 modes of "clever" illumination of tagger, representing the number of "lives" of the player, with the module of imitation of recoil and LED display for tracking of health and battle reserve.

Assault rifle LSD AKS74U Steel
A triumph of the Soviet military industrial complex, characterized as a weapon with exceptional reliability and unpretentiousness.

Legendary American pistol with the remarkable destructive power and external appearance; its reliability is highest. 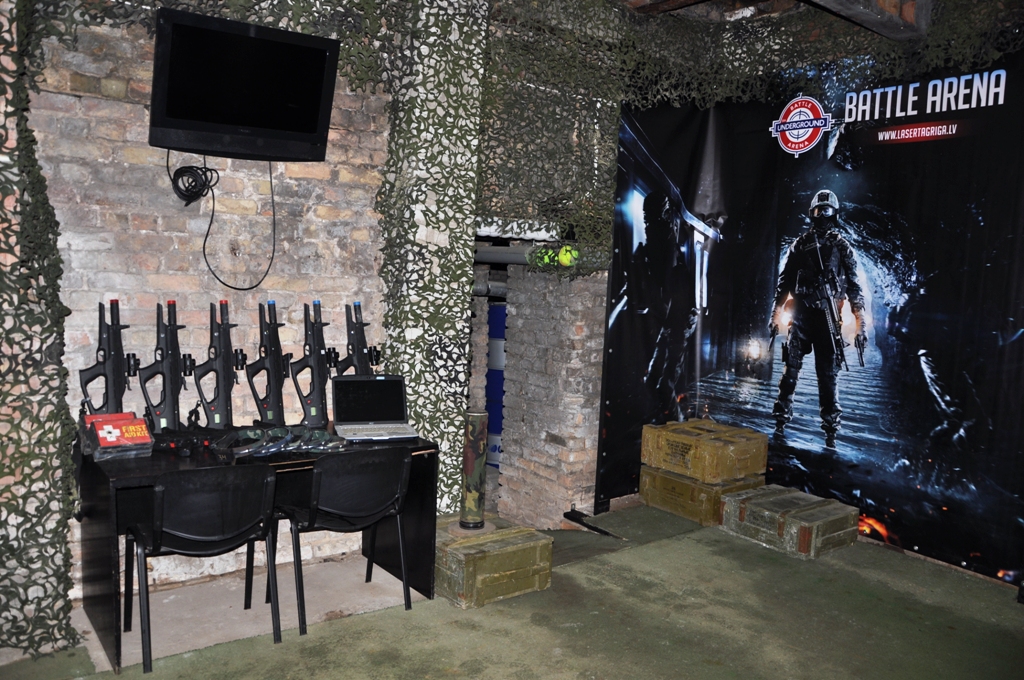 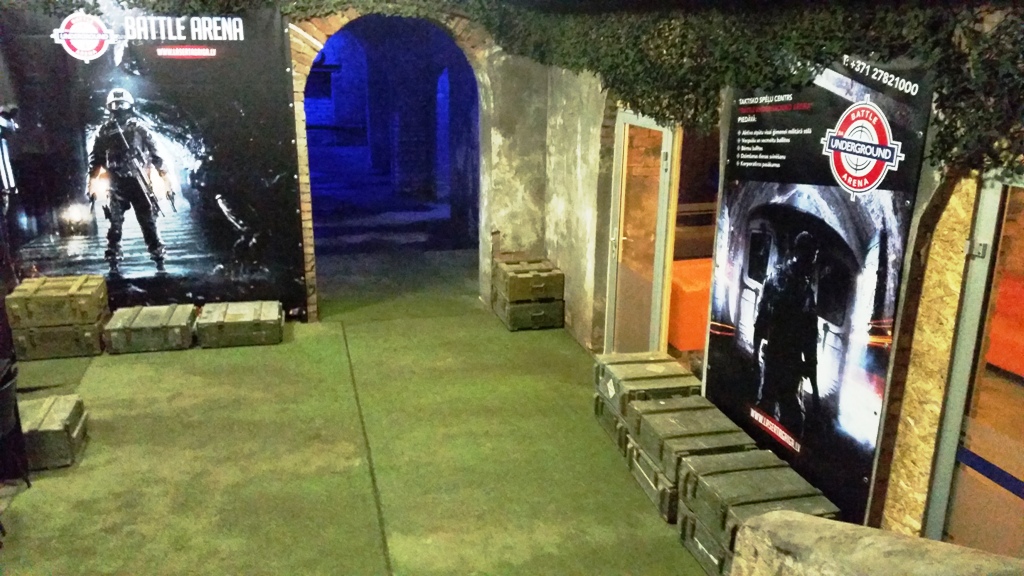 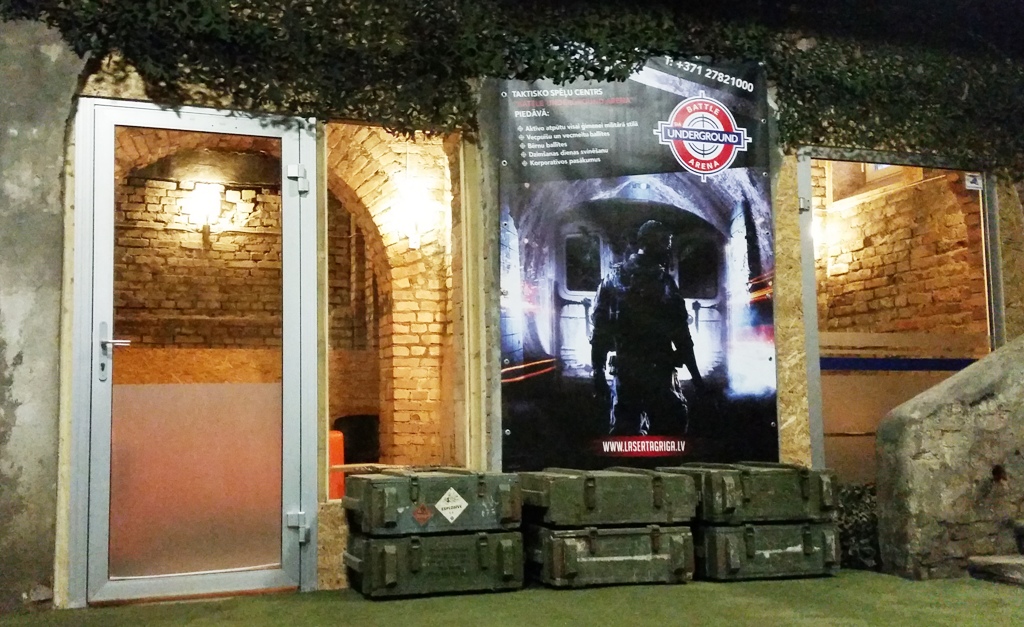 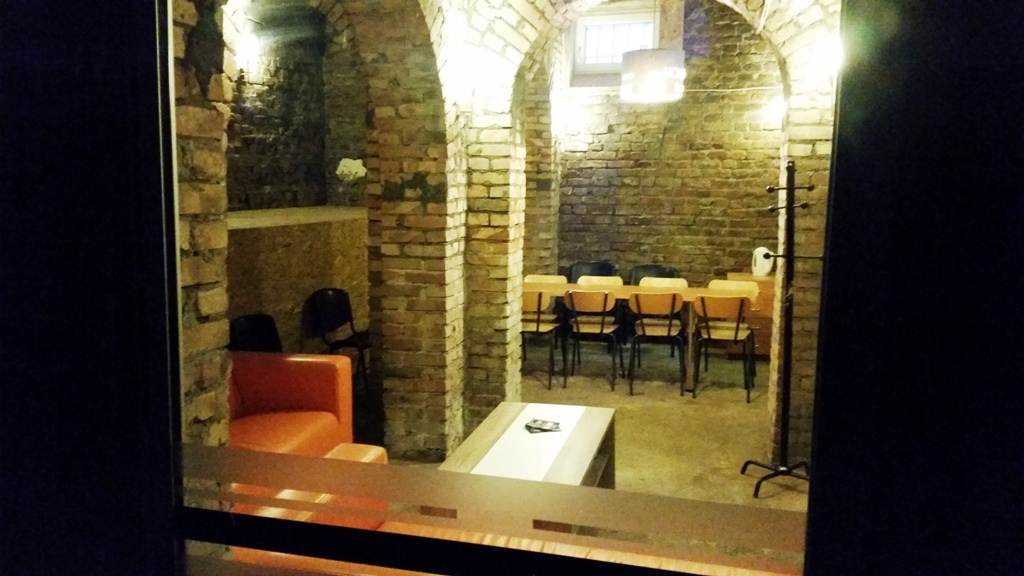 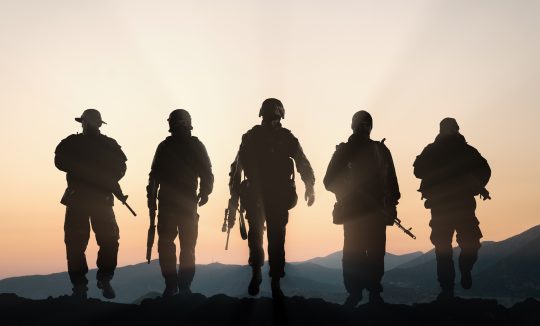 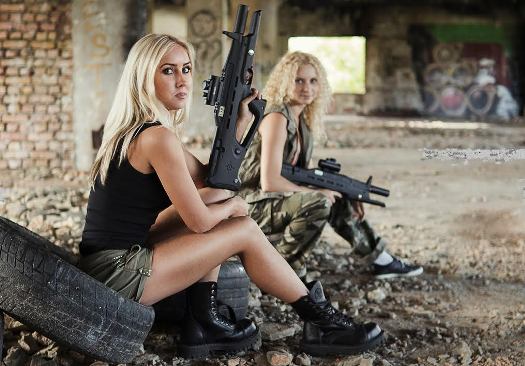